It occurred to me listening to a discussion on LBC, about Danny Baker, that it seems like there is a real rise of extreme behaviours, almost as though we have forgotten how to treat people with respect. Not to say that Danny Baker’s comments were extreme, certainly stupid but extreme no and he paid the price. Then you have people like Lord Sugar who can get away with tweeting what is overtly racist and not sanctioned in any way. Politicians in recent local elections and per se are being verbally and physically abused, there’s a rise in anti-Semitic remarks, Nazi signs being painted, University students making rape threats, etc, etc…….. Not to mention protests over educating our next generations on LGBT rights. Then there’s a woman in the States who is having to pay for her own substitute at work whilst she goes through breast cancer and only recently Alabama has banned abortions!
I’m a bit concerned about the World I live in, especially having grown up with some form of prejudice. Up until recently I thought I lived in a progressive western society but now, not so much! 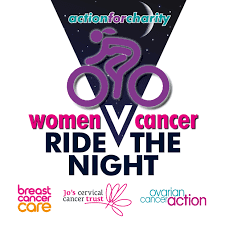 Is the World going backwards or what! History tells me that most Civil unrests in the World occurred as a result of inequality in society. If our governments and Judicial system continue to promote inequality, there will be a rise in extremism creating Civil unrest! But then what do I know!

I am now 10 weeks on from my DIEP surgery and I am doing well. I am officially in remission which is great. I have been swimming, cycling, Pilates, etc because I am on a mission to get fit and well, so that I can go travelling. It’s absolutely true that your perspective on life changes through this journey and for a little while I have decided to focus on my health and plan a journey of a different kind. I recently went to Venice and Croatia and realised my own limitations following all this treatment as well as how much I enjoyed travelling. Perhaps see for myself if the world really is doing a U turn. So, my next blog is about the limitations you face when traveling as a single woman whose body is weak from Chemo and having had major surgery some 12 weeks ago and what I have been doing to get fit. I have also signed up to do a 100km bike ride next year to raise money for Breast Cancer Care. Please sponsor me at https://www.justgiving.com/fundraising/harjit-gill

Past 4 weeks of cancer

4 weeks The earth’s axis tilted All at once Crossroads appeared. Which path to take, Which one is clear. Su...